skip to main | skip to sidebar

Hey,
Wow feels like a long time since I last have been on here,
so much has happened it has just been insane.
I am currently pretty stacked up with all my GCSE's, so it is a bit of a nightmare trying to fit in the pretty awesome conditions we have right now, along with revision and work and friends and family and arrghh
But in highlight, over the easter holidays I was having a perfect session on  5.3 flare, real peachy conditions down at Hythe with some mates and on my last run, after having been out stacked on 5.3 for about 5 hours, I tried one last little one handed water scoop duck gybe down a wave.
I had made most that day, but epically failed and catapulted over the front. I thought I had cracked a rib in the impact, yet once i crawled back on my kit I realised my big toe was more an issue
After cycling and walking around for a few days in extreme pain I eventually resorted to the hospital where I was told I had a serious break, possible dislocation and needed an urgent X ray.
Great
Also just before Weymouth, so was absolutely distraught at the thought of not being able to go out.
Along comes x ray, and it is not dislocated but pretty serious, snapped the bone off and chunk out the side I think...
Anyway I was put on crutches and had to hobble around Weymouth, not allowed out
I had a few weeks off to be sensible and recover, but got back into it shortboarding only and had a great run, it hurt alot but soon was back in the groove :)
Anyway next weekend was the ET's, big event, to end the zone squad.
It was what we had been trained for all year, and I arrived not having been on techno for 7 weeks and with a broken toe having come off crutches 2 days earlier. Failing to prepare is preparing to fail and all that.
Anyway I managed to get myself out there, and was leading the first race, when on the last lap my toe decided to snap out of place as I got in a strap, which was followed by a colourful choice of words from the beautiful english language by me.
Anyway i managed to crawl round, and dunk it in the water until it went numb where I got a 2nd next race.
After lunch and painkillers, I got back out and had 2 3rds so finished 3rd overall after no racing on sunday. Which I was pretty pleased with, hungry for more next time though.
Then last weekend was training in eastbourne, too wavey to go on the sea we were forced onto this pond in a park. Big mistake. 14 of us on a tiny lake meant carnage, and then in an attempted race i fell and landed on glass which could have done some serious damage, but luckily just killed my shoe instead, so I only got a tiny cut... on broken toe foot....PHEW
At lunch I managed to escape for a killer wave session on 4.7 with stu, before an afternoon in the classroom as it died off
Sunday was much the same, but the group decided to leave and go raid Bewl instead. I had to return home earlyish for some much needed revision so decided to stay and went out stacked to death on 5.3 waveboard again.
It was all brilliant until I decided to go for one more run, in a huge squall that came through. Huge waves were pounding in and after one gybe I was so stacked I came right in.
After Charlie arrived, I decided to have one more go, down on the 4.2, however it was not of course dropping.
This just left me and charlie to get NAILED by the rip and taken down to have a fun landing in the surf....
anyway pretty fun and tiring weekend and that has been my windsurfing in a nutshell
holiday soon so should get out more, and study leave may have to be postponed on a realllyyy good forecast, but just mainly work for me :)
see you out there..
Tom
Posted by GBR9724 at 09:48 1 comment:

Hey,
Well i managed to get out on sunday, got down to the beach with about 2 knots to 10 knots offshore shifty gusty madness with a strong tide.
At least it was sunny. And hot. For the second sunday in the row, managed to get in the rashie, hoping that it will heat up again for this weekend :)
but the sail was ruined by my extension breaking on the beach, and me and dad crawling around for a tiny rock shaped and coloured piece of plastic, with no avail, so had best sort that one out...
Anyway, now have to deal with heaps of homework, coursework and sorting out the big old finance issue.....
keep on shredding...
tom
Posted by GBR9724 at 11:58 No comments: 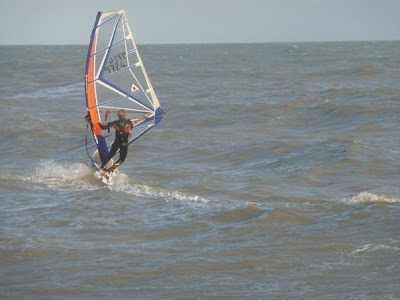 hey guys,
well last weekend I had a brilliant training weekend up at Datchet in London.
Saturday was a nice sunny day, pretty gusty and shifty but really nice and good plaining conditions to get back out training in. Had some brilliant sessions on mark rounding and upwind, and genuinely felt improvement through the day.
Sunday big big news.......
I WAS JUST WEARING A RASHIE
well on top, wetsuit rolled down...
but we all know this means one thing.
S-U-M-M-E-R
yay
sunday was very light, we worked on starts and racked up some hours on the water, with some brilliant races, awesome battle with Connor in the last race :)
the weekend before was slightly dramatic, two plaining days at Hythe. Both sunny and warm and good techno and shortboarding on the saturday, first time this year :S
Sunday was slightly more dramatic, wind howling and completely stacked on 4.7 flare nailing some huge jumps out with stu, unfortunately he had a bit of trouble and so the session finished with an eventful little rescue mission....
still looks brilliant and not a cloud in the sky at the moment, wind looks dead but need to work on lightwind downwind as always....
will attach some piccies next time :)
keep ripping, Tom
Posted by GBR9724 at 02:52 No comments: 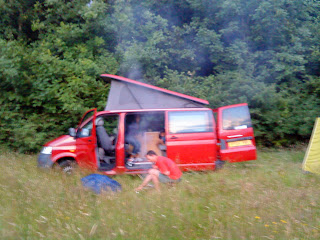 Hey! Well I have broken up from school now, celebrated by an hours circuit training after school, swimming for an hour then got to run to Hythe in a sec, really trying to get this fitness up whilst I'm not sailing on weekdays :) Anyway I now have a crazy week ahead and will hopefully find some time to get out on the next good forecast, it looks a bit rubbish for the next week so hope I am not missing much! Hope all you guys have a great holiday/week stuck at work,
<<<<<<<summer will soon come round<<<<<<<<<

Hey!
Well this is my first blog, on here I will try and keep you updated on any new results or how my sailing and travels are going, please feel free to contact me on thomas_9724@hotmail.com with any queries to sponsorship or tuition.
Thanks for looking,
All the best,
Tom Addison, GBR9724
Posted by GBR9724 at 09:08 2 comments:

GBR9724
Folkestone, Kent, United Kingdom
Hey, This is Tom Addison, I compete nationally and internationally at windsurfing. On here I will keep my travels and experiences blogged, and attach a few photos and videos enjoy! cheers, Tom